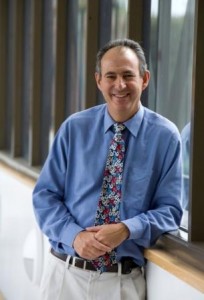 Internationally-Renowned Pediatrics Diabetes Researcher Models Compassion, Innovation, and Scholarship – All for the Benefit of Children

With respect to the University of Florida slogan, “The Gator Nation is Everywhere,” Dr. Desmond Schatz is perhaps a quintessential example of the truth of that notion. With family and educational roots in South Africa, training on the west coast of North America, and educational and research achievements originating in Gainesville and affecting those around the world, he is literally and experientially among the most cosmopolitan on campus and in the region.

“I have known Des Schatz since the early 1980s when he came from South Africa to do a pediatric residency at UF,” said Dr. Arlan Rosenbloom, Distinguished Service Professor Emeritus. “As Division Chief of Pediatric Endocrinology, I was delighted when this star resident decided to do a fellowship in our division. His acquisition of knowledge and skills has always been phenomenal and he went on to acquire clinical, laboratory, and clinical research experience of the highest quality by identifying mentors within and outside of the division who eagerly welcomed this enthusiastic and genial scholar clinician. To no one’s surprise, he has achieved international fame and support for his leadership in type 1 diabetes clinical research,” he said.

Dr. Schatz earned his Bachelor of Medicine and Bachelor of Surgery degrees at The University of Witwatersrand Medical School in 1979. He completed an externship in the Department of Pediatrics at the University of California at San Francisco in 1978, and Interned at Johannesburg Hospital in 1980 in both Internal Medicine and Surgery. He was a Medical Officer in the Department of Pediatrics in the 1 Military Hospital of Pretoria, South Africa, before coming to the University of Florida in 1983 to begin his residency.

In 1986 he began his pediatric endocrinology fellowship at UF, and in the years since has served as Instructor, Assistant Professor, and Associate Professor for pediatric endocrinology. He began as Medical Director for the Diabetes Center at UF in 1997 before accepting an additional role in 2001 as Associate Director of the Clinical Research Center. Since 2002 he has served as Associate Chairman of the Department of Pediatrics, and according to the UF Diabetes Center for Excellence website has more than 180 publications to his name. He has led, with colleagues, university-based, industry-sponsored, and NIH-funded projects totaling more than $27 million since 1988.

“Des is a world-class researcher in the field of pediatric diabetes,” said Dr. Nackashi, Chief of the Division of General Pediatrics. “He’s best defined through research, even though he really likes clinical service and education. From the day he arrived as a resident, you could tell he was not only intelligent but he was a cut above everyone else in his knowledge base, use of new ideas, and patient care. As a researcher he’s a real humanitarian and he’s also very humble about his success.”

In addition to his work in South Africa, California, and Florida, Dr. Schatz has pursued scholarly opportunities in nearly every corner of the world, including Finland, Denmark, Portugal, Australia, Canada, and Japan. “Dr. Schatz is one of the most renowned faculty in the department,” said Dr. Richard Bucciarelli, Nemours Eminent Scholar and Professor and Chair of the Department of Pediatrics. “His work is well known nationally and internationally. His reputation brings great recognition to this Department and to the College of Medicine.”

In addition to Dr. Schatz’s intellectual repertoire, he is able to inspire others with communicative, interpersonal, and leadership initiatives. “His ability to collaborate, mentor students and fellows, and be a stimulating teacher at all levels is outstanding,” said Dr. Rosenbloom. “The goal of a medical educator is to assist in the development of the next generation of academicians who should surpass the mentor’s own accomplishments. Des Schatz is in the forefront of the people who have given me that satisfaction.”